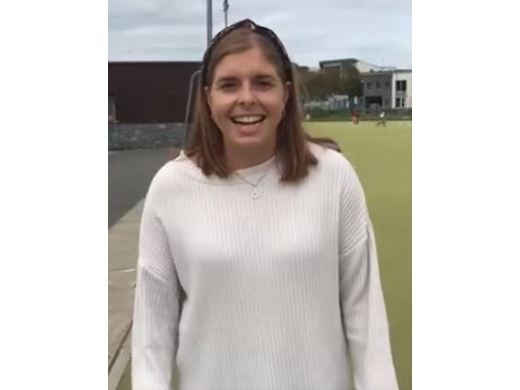 Katie Mullan at the launch of Connacht Hockey Academy

Positive news for hockey in the West this week, with the launch of the Connacht Hockey Academy

There was positive news for hockey in the West this week, with the launch of the Connacht Hockey Academy by former Irish international Elayne McDermott. The Academy is a new initiative, which will nurture local talent and develop a pool of players, which will feed into the inter-provincial and national squads from under-16 to senior level.  Top-level coaches will run weekly training sessions around the province over the winter.

Over 140 girls, aged from 11 to 16, tried out in the sunshine in Oranmore on Sunday. Galway Hockey Club, Greenfields, Renmore and Kinvara were all represented on the day. Academy trials also took place in Athlone and Sligo, where a further 40 players took part.

Mc Dermottt, who represented her country 35 times at senior level, is delighted with the successful start for the Academy. “The aim of the academy is to promote hockey in Connacht with the purpose of increasing participation, creating a pathway for improvement and ultimately ensuring a greater presence of Connacht players at international level,” said McDermott.  “This is to be done through an environment of enjoyment while endeavouring towards excellence. It will encompass the development of not just players, but also the coaches of the future.”

There was great excitement on Sunday following the arrival of Katie Mullan, captain of the Irish hockey team, world cup silver medalist and Olympic qualifier, who was on hand to wish the girls and the Academy well.

“On Sunday morning I was lucky enough to witness the hard work going on for young girls in Connacht,” said Mullan. “It was the first day of the Connacht Hockey Academy, and I dropped by to say hello. There are some great people working hard to ensure these young players get the best opportunities and it’s important they have the facilities and support to continue this. I have no doubt the academy will be a success and I wish them the very best of luck.”

With Ireland competing at the highest level internationally and the Olympics to come in 2021, there is a real buzz around the hockey community. The Academy is a very welcome boost for hockey and for women in sport in the west.