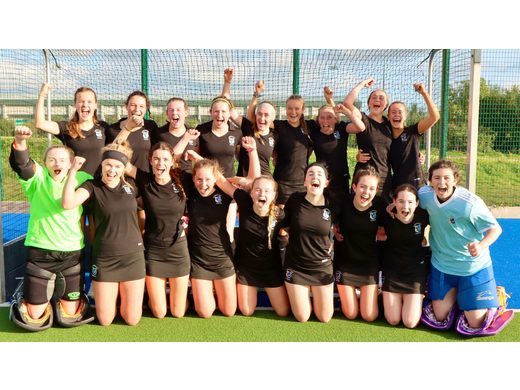 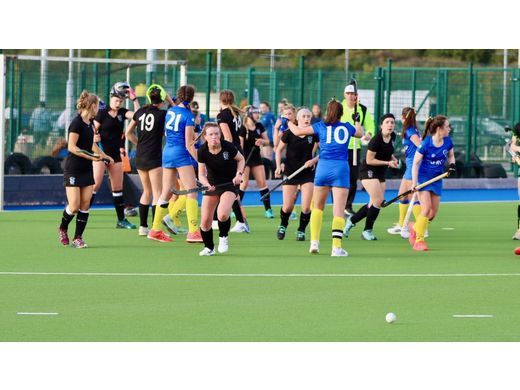 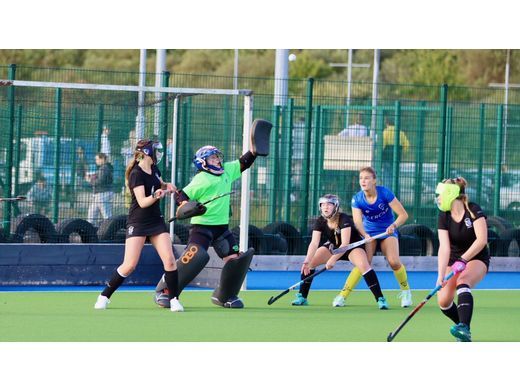 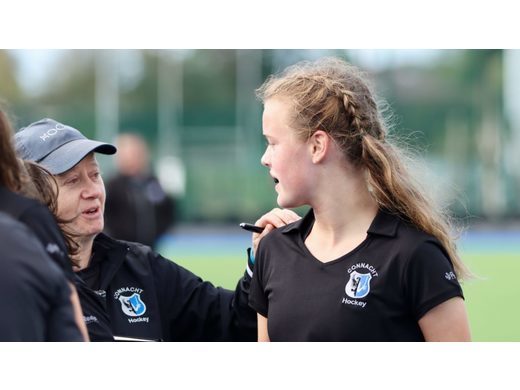 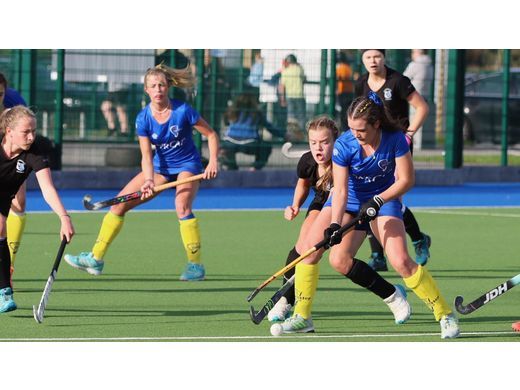 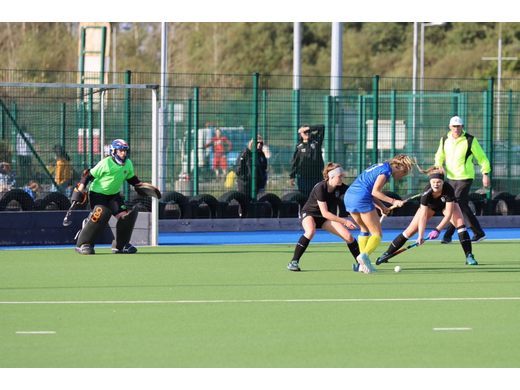 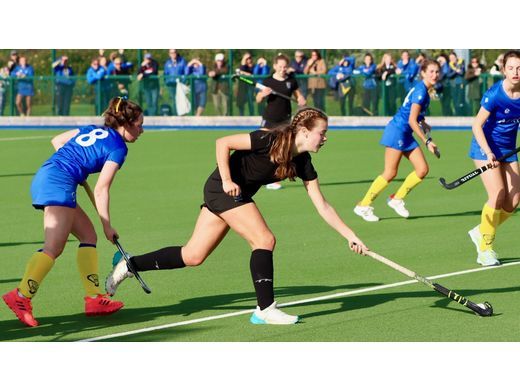 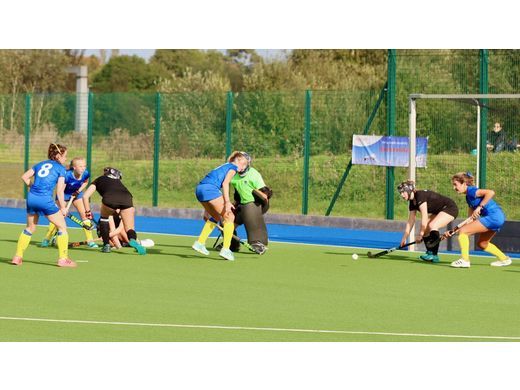 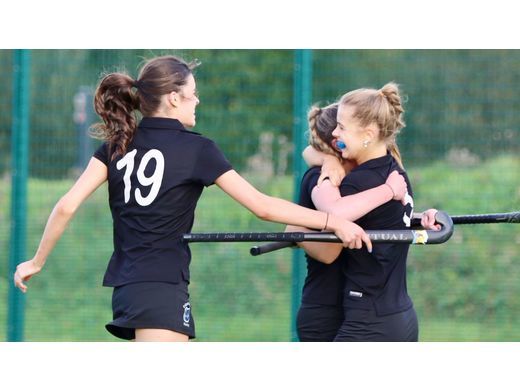 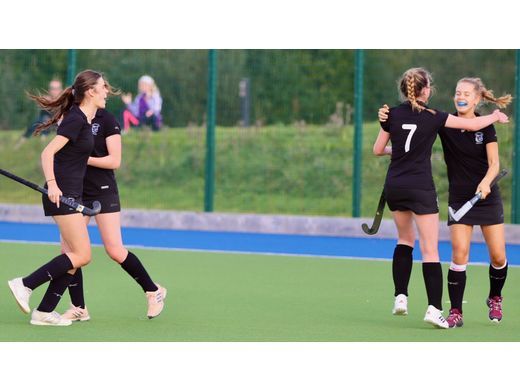 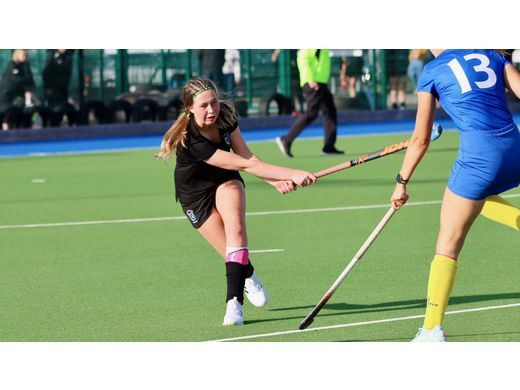 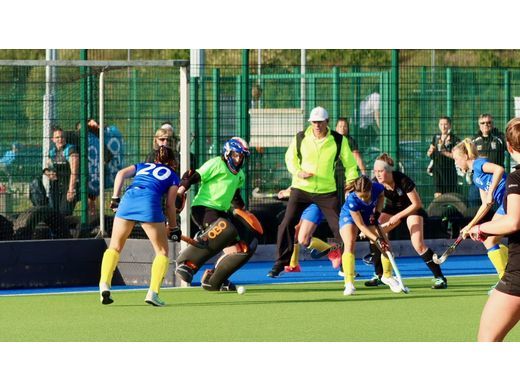 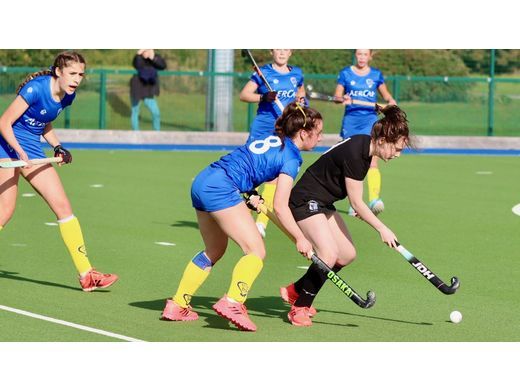 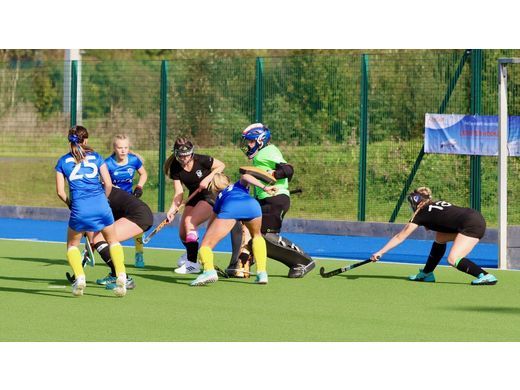 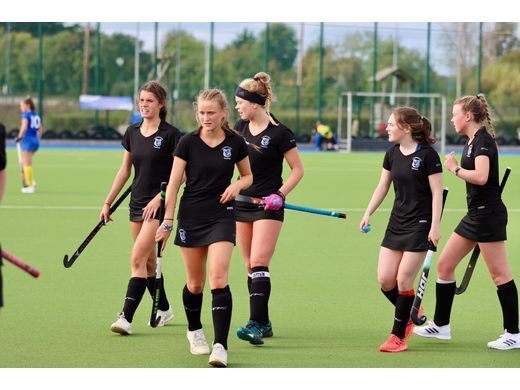 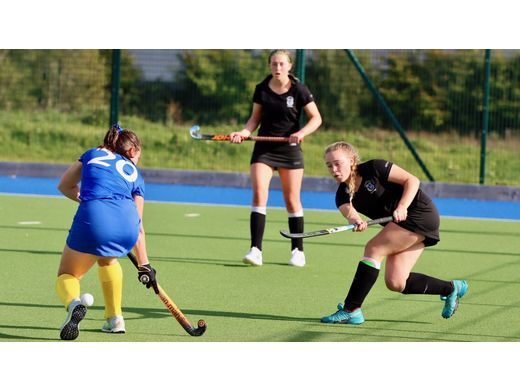 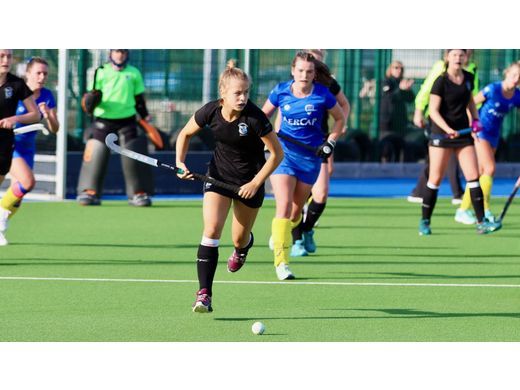 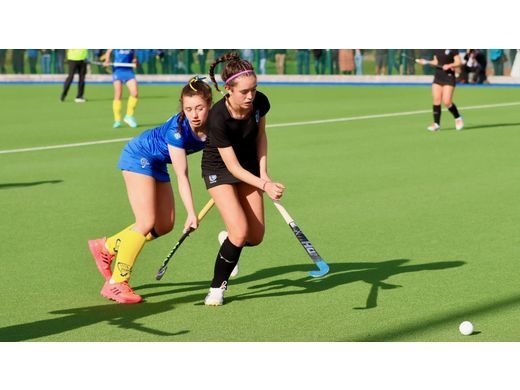 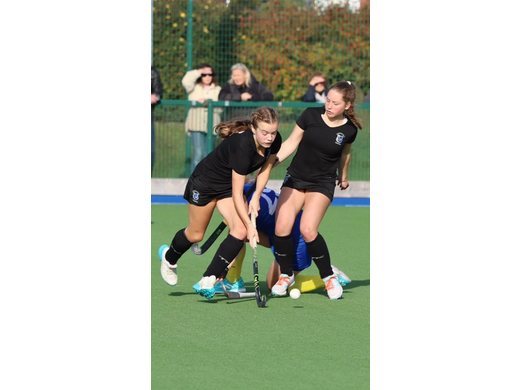 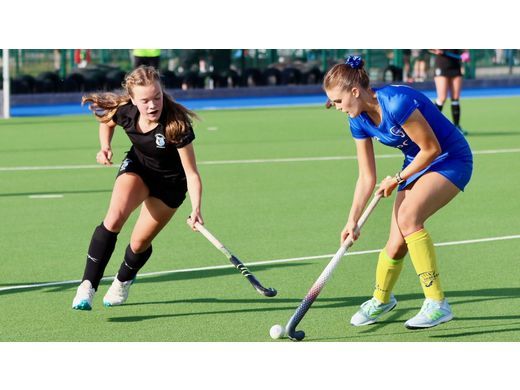 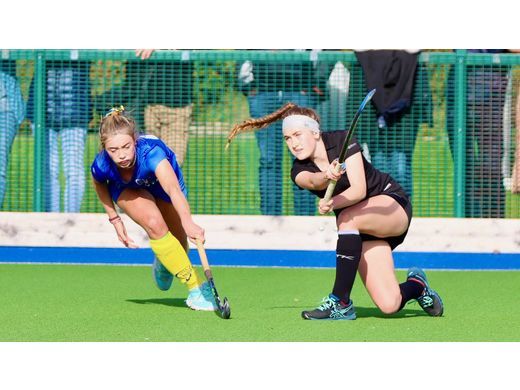 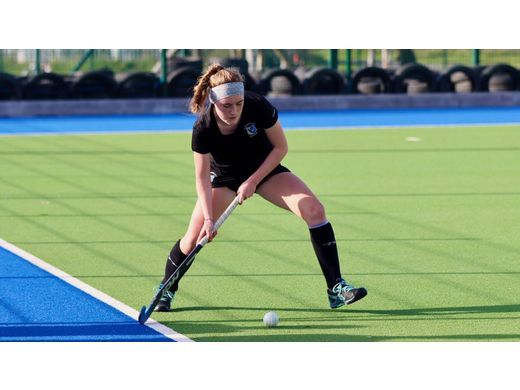 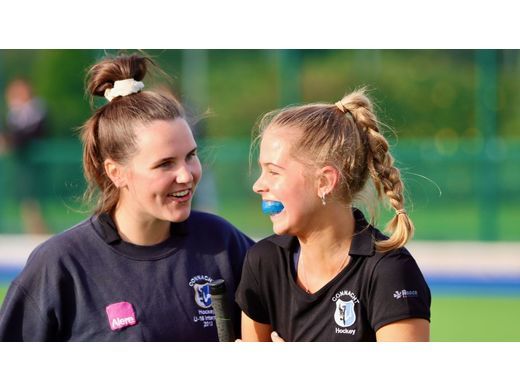 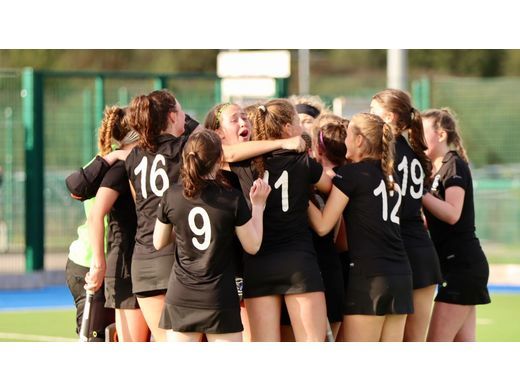 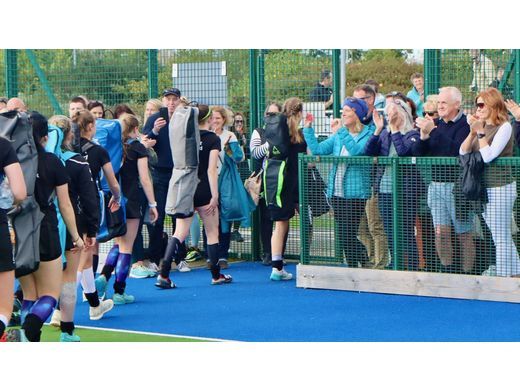 Historic win for Connacht over Leinster

Connacht U18s secured a famous victory in a sun-drenched Athlone on Sunday against kingpins Leinster on a score line of 1-0.

Connacht U18s secured a famous victory in a sun-drenched Athlone on Sunday again kingpins Leinster on a score line of 1-0. This could have been classed as a David and Goliath affair in terms of the contrast in playing population and facilities that the two sides have.

The Connacht U18 hockey team with 16 players of the 18 match day squad from Galway, which has only one pitch serving three schools and five club sides in Galway. Whereas Leinster have an embarrassment of riches when it comes to facilities with over 21 pitches in a 15-mile radius in South Dublin alone.

Whereas here in Galway there is a state-of-the-art pitch laying idle except for school use in Taylor’s Hill secondary school which is currently the subject of a planning application review which would see Greenfields Hockey club gaining access to the pitch should the planning application be successful, and this would easy some congestion from the pitch in Dangan which is badly in need of a surface overhaul.

But when it came to the match the sides were evenly matched throughout.

The first quarter of this encounter saw the play go from end to end with Connacht creating good attacking moves on the right, through right back Rachel Kelly, Aoibhin McDonnell in right midfield supported by a front line of Rosie Doorly, Isabelle Howard, and Saoirse Burke.

The best chance of the quarter though fell to Leinster, in the 12th minute, when Leinster’s Roisin Sexton won a turnover in midfield and her quick pass forward found Ella Passley whose pass into the circle was deflected goal bound by Jessica McConn Walsh, but Connacht goalkeeper Holly Comer dealt expertly with the high defected effort and Rachel Kelly was on hand to clear the danger.

Leinster had a few more circle entries before the end of the quarter and won three short corners but the Connacht defensive corner team defended these well especially the first runners Rosie Doorly and Leah Ruane.  The second quarter followed much the same pattern with Leinster edging it in term of circle entries but Connacht defence lead by centre backs Caoimhe Cleary and Mary Rooney and supported by Rachel Kelly and Ellie Hughes held firm.

Leinster had a great opportunity in the 28th minute when Mikayla Power won possession on the left-hand side of the circle and attacked along the left baseline and managed to get a pass back to the penalty spot to her colleague Walsh but she was closed down by Mary Rooney and Holly Comer and the danger was averted. Connacht midfield of Aoibhin McDonnell, Lara Swann and Lauren O’Donnell were working hard throughout supporting the defence and forward line. The sides were scoreless at the end of the first half.

The third quarter started with Connacht creating a good attacking move from Captain Cleary’s hit out which found left midfield Lauren O’Donnell, who passed back to left back Hughes and her quick ball down the left sideline found Howard and faced with two Leinster defenders she played the ball back to centre mid Swann who threaded a ball through to Saoirse Burke who had picked up a good position in the circle on the backline and she passed to Howard but Leinster managed to get defenders back to prevent

Connacht from getting a short corner or a shot on goal. Leinster then created a few goal scoring changes of their own, but the Connacht defence stood firm. The third quarter ended with Connacht again in the Leinster circle after good work from Swann, Ruane and Lowe.  With the score still nil all and only one seventeen and half minute quarter left to play it looked like the match would go to the eight second penalty shuttles where the striker has 8 seconds to beat the keeper from the 22-metre line, but Leinster and Connacht continued to go in search of the winning goal.

With three minutes remaining, from Leinster best executed short corner of the match, Mikayla Powers’ shot hit the left post and the rebound fell to Georgia Fottrell and she won another short corner. From the resultant short corner Holly Comer had to make two good saves to seal the historic victory for Connacht which see them top of the table on three points following the first round of matches.

Their next match in the series sees them travel to Dublin to take on the red hand of Ulster, which will be another stern test for this young Connacht side with seven of the squad underage again next season.

The U16 Connacht girls came up against a very strong Leinster side on Sunday in Athlone in what was the opening game of the 2021-22 Interprovincial competition.

The first quarter saw only score between the sides with the Connacht girls going one to defend and attack vigorously throughout.

The result at full time certainly did not reflect the way the girls performed during the 68 minutes.

“This is the start of a journey with a brilliant group of girls and hopefully we will see improvement as we continue throughout the year. Our first two games are against extremely tough opposition and this group of players have only had a very short time on the pitch together. The focus is on developing those girls who will be U16 again next year and preparing those who will move on to the two year U18 cycle. We would like to extend our thanks to the Athlone Regional Sports Centre for hosting a fantastic day out on their new pitch and to Athlone Hockey Club and all those from the Connacht Hockey Branch who played roles in making the event happen”

Having previously suffered a heavy loss to Leinster in the August national development games the Connacht U23s were seeking redemption in their interprovincial clash with Leinster. The girls got off to a great start applying pressure but also soaking it up well.

At quarter time it was nil all and anybody’s game. Early in the second quarter Leinster were awarded a penalty corner which they converted giving them a one nil lead. Connacht failed to react and Leinster got a second goal close to the halftime whistle. The Connacht girls came out with renewed vigor for the second half and it’s fair to say they dominated the rest of the game. Robyn Heatherington and Ciara Dunne were solid in defence whilst goalkeeper Anna O’Donoghue kept Leinster at bay with some terrific saves. Jenny Buttimer was fantastic in midfield making her Connacht debut and the combined forces of Ailbhe Folan and Fiona Kelly upfront tormented the Leinster defence. Chances came and went for both sides with Connacht unable to convert numerous penalty corners and goal scoring opportunities. As the final whistle sounded the game ended 2-0 in Leinster’s favour.

Leinster may have won the game but the Connacht girls had achieved what they set out to do which was to play the quality hockey they’re capable of playing..

Kevin Keane, President of Connacht Hockey wishes to thank all the volunteers within the hockey community and the Athlone Regional Centre for making it all possible to stage the event.  “I wish to thank all the players and management teams on all the Interpro teams for giving the entire community a day out to remember & I wish them well in the upcoming series of games.”